In Praise of External Challenges

I have to say that when I saw today’s Daily Create I wasn’t thrilled.

It didn’t sound like something fun to do so I put it off for most of the day. Without Cogdog’s Seven Day Challenge for the Daily Creates, I may well have skipped this. However, since had already completed the first few challenges I figured that I should continue…

I know that editing is everything and that I went on for way too long but so do the telemarketers! I ended up enjoying this process much more than I thought that I would. Thanks CogDog for the challenge.

How I Did It

I wondered if anyone had created a real script for telemarketers to use. Indeed, top-telemarketing-tips.com existed. As I have experienced, they recommended using the callee’s name repeatedly, building a personal connection and, of course, explaining why they are so awesome.

I also found that the Canadian Radio-Television and Telecomunications Commission (CRTC) listed some common telemarketing scams.

Armed with this knowledge it took just a few minutes to write an annoying telemarketing script on my iPad. I thought that I wuold try out one of the teleprompter apps I had downloaded a while back but didn’t like them at all. I found another free one (Listec Promptware Plus) that allowed me to easily see my script while recording. 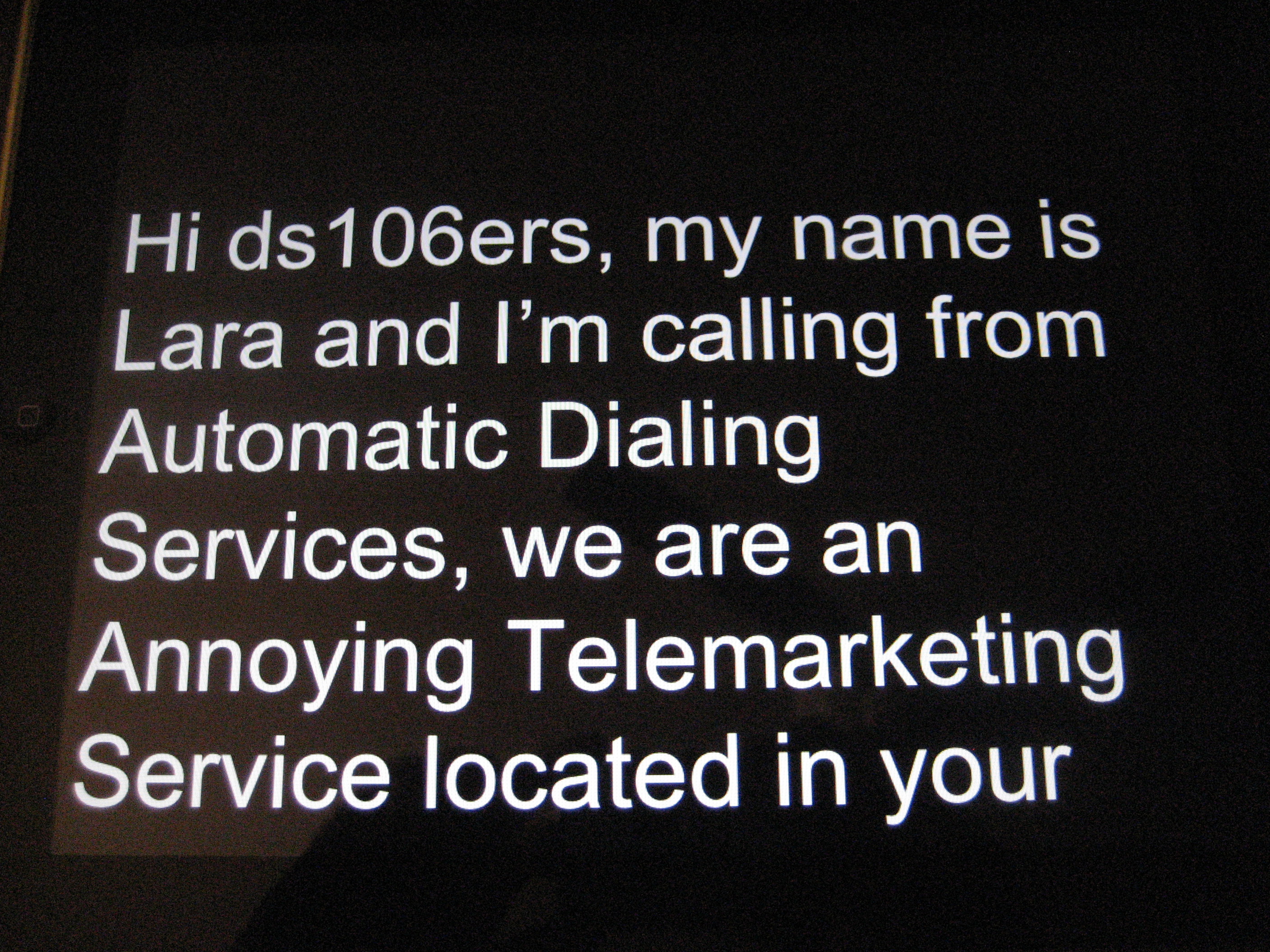 I did my recording in Audacity and added a fog horn from iLife.

I uploaded my final version to Soundcloud and created a quick image using Microsoft Word clip art and cruise ship from Bret Arnett’s photostream to accompany it.

Within minutes my Soundcloud was spammed with a comment – kind of funny given the topic of telemarketing and unsolicited information!!